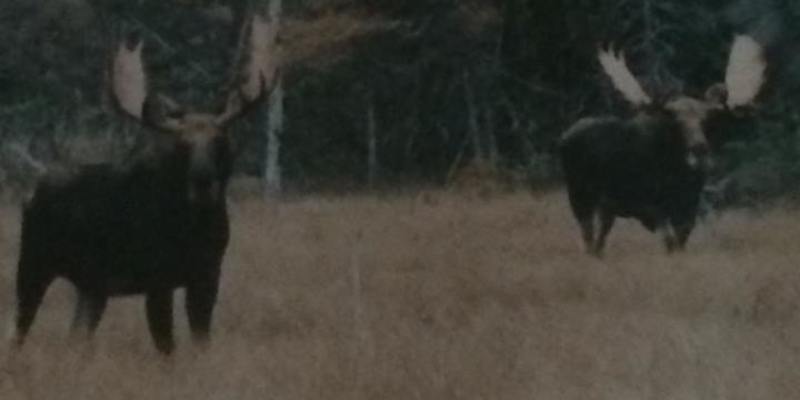 As I predicted in an article I put together and posted called “Moose, Ecology and Big Game Quotas in Newfoundland” earlier this year, the provincial wildlife division has again finally begun to realize the low numbers of moose in some Moose Management areas of the province.

For last year’s 2015-2016 hunting season, against all reason and also to that of local knowledge of animal numbers by veteran hunters, the wildlife division increased numbers by an additional 1475 licenses. In the eyes of many seasoned hunters this move was unwarranted, and too many, viewed as reckless. However for the 2016-2017 hunting season they again have retreated in the issuance of licenses and have made a minor reduction of just 475 permits.

In doing so they have taken the first step in an attempt at rebuilding the numbers to levels that local hunters are more comfortable with, however with success rates remaining in the low to mid sixty percent levels, hunting participants feel more needs to be done.

When talking with some hunters who have participated in the annual big game hunt for over twenty five years the same topic of low numbers and “no moose” always rises to the surface of every conversation. Although it is possible that moose numbers are doing well in some isolated areas of the province the same is not said for all regions. Even the once unbelievable stories from truckers who travelled the Northern Peninsula highway, of seeing 25-50 moose in a single one way trip have diminished. This can only be credited to lower moose numbers in the area. There are also ample stories from residents in Central who failed to fill their big game permit last season yet hunted three or four days every week, at one time this would not be heard of. While many of these permits were Male Only, to me it still reflects the fact that moose numbers are still low.

I begin to wonder if moose populations and success rates will ever rebound to levels where resident hunters are comfortable. A huge change has taken place within the province since 2005. In October of that year the Abitibi-Consolidated pulp and paper mill ceased operations in Stephenville and in February of 2009 Abitibi Bowater closed its only remaining Newfoundland mill in Grand Falls.

What does this have to do with moose quotas one might ask? In my opinion, plenty; gone are many of the well kept up access roads that gave residents the opportunity to access areas that would normally be out of bounds for them, many of which are now are just miles of alder bunks totally impenetrable by humans. hunting. But more importantly gone are the cutovers that provided rich feed for hungry moose after just a couple of years of being harvested. These cutovers also provided huge shooting areas where moose could be seen and thus harvested. There are no more huge cutovers being created at those levels and those that were are either replanted with black spruce, pre-commercially thinned leaving mainly spruce while eradicating important broad leaf species that moose favor or the new growth is at heights that now provide ample cover for feeding moose. Neither is good news for eager hunters but it's worst for our moose. With no available feed in these areas they avoid them like the plague.

While it was common to see twin calves with female moose in the spring during years of high food availability it now seems to be an uncommon occurrence to witness such. This could be the ultimate sign that things in the forest ecosystem are just not what they used to be. As with many forest dwellers litter size is dependent on food availability and this may be the ultimate limiting factor for moose populations in Newfoundland.

For many areas on the island it is far too late to intervene and manage our forests evenly with moose, pulp and paper and lumber in mind. Thousands upon thousands of hectares of our province have been crucified over the years in the name of pulp and paper and the once “here forever” industry has finally imploded leaving residents with a predominately good for nothing forest but, you got it, pulp and paper!

So where does this leave you and I? Be prepared to adapt your hunting methods. Driving and walking along open abandoned logging roads are soon to be a thing of the past. Expect to hunt more natural open areas such as bogs and alongside ponds and streams close to major forest access roads and remember that just getting to those locations may require hours of chainsaw work. If you already own a cabin in the back woods you probably know exactly what I mean. As with the passing of each year it’s easy to see the countless hectares we are losing of what was once considered prime moose hunting habitat; to mother nature, who’s quest to reclaim what’s respectably hers is at a feverish pace and that is one thing that is not going to change anytime soon. Put the “four cord edge” on that old saw boys, she’s going to be needed!!