Still Some Good Fishing on The Exploit's River 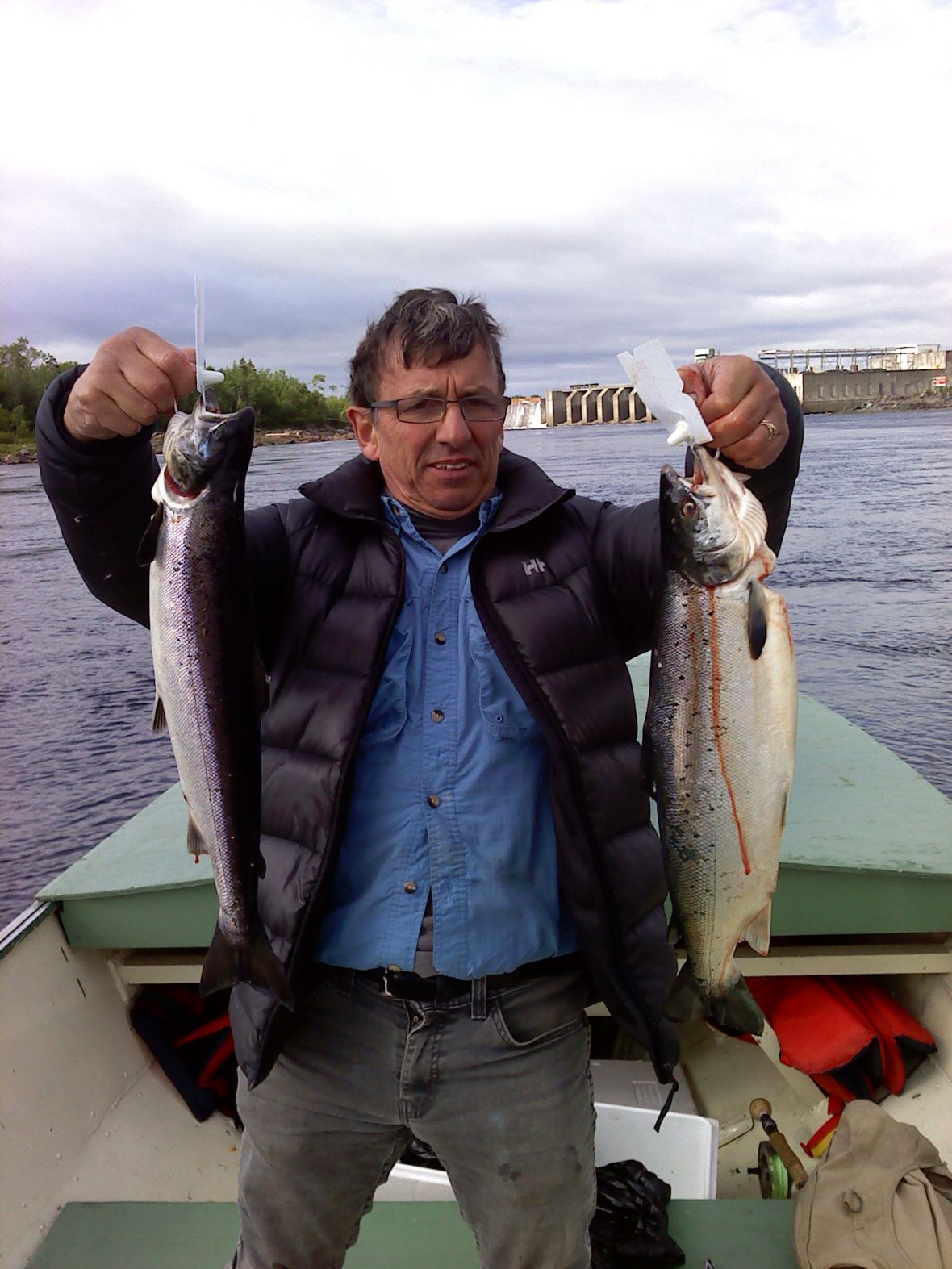 Still some good fishing on the Exploit’s River here in Bishop’s Falls. A friend and I fished the evening of July 26th, July 27th, and the morning of July 28th, he managed to hook five fish and he retained three Atlantic salmon. 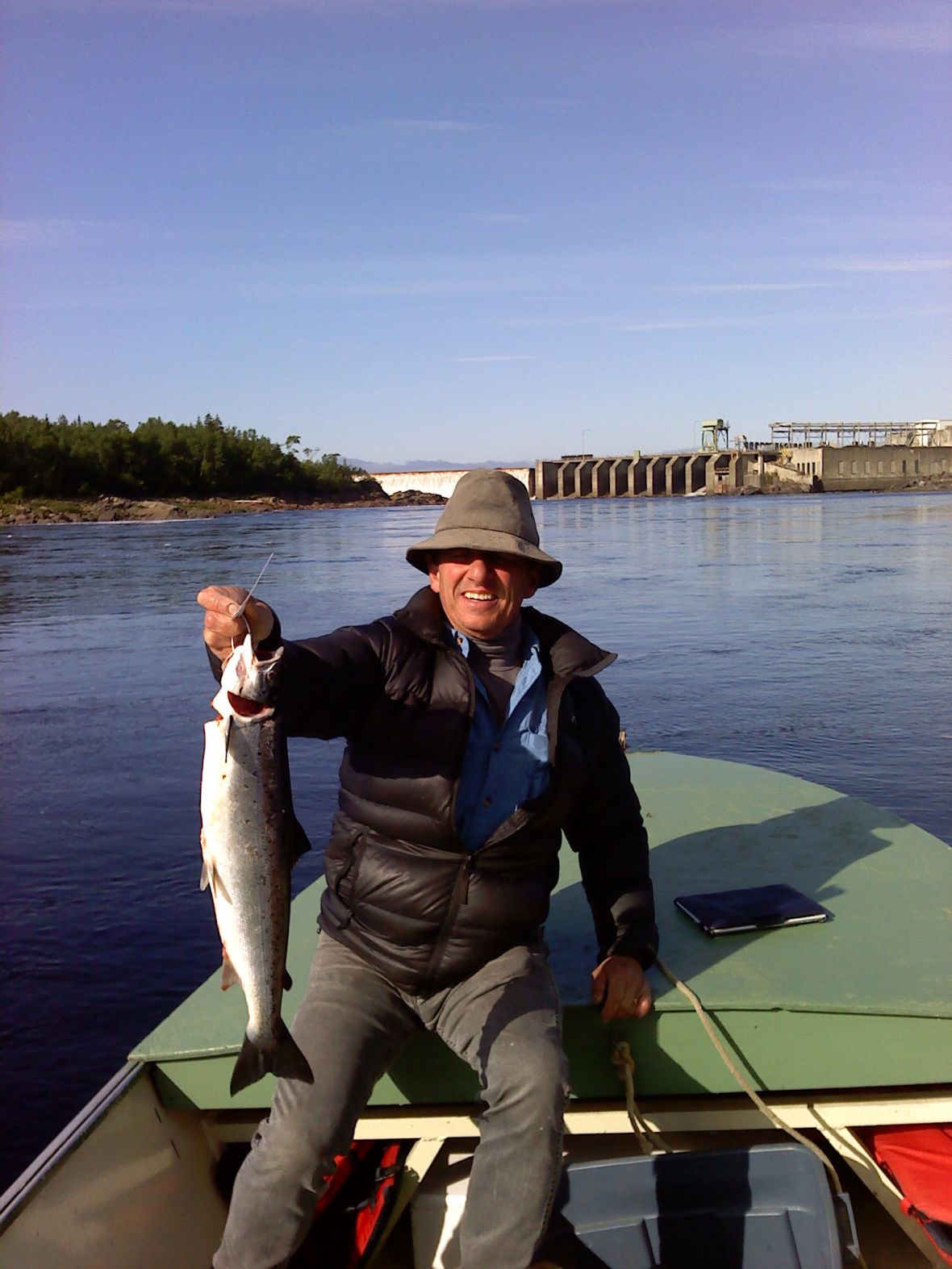 The water levels were high on the 26th but dropped back to more normal on the 28th. The evening of the 26th again spawned temperatures we normally see in September or October but the next day was great and the sun actually came out for the first time all month. The 27th was also more seasonable. 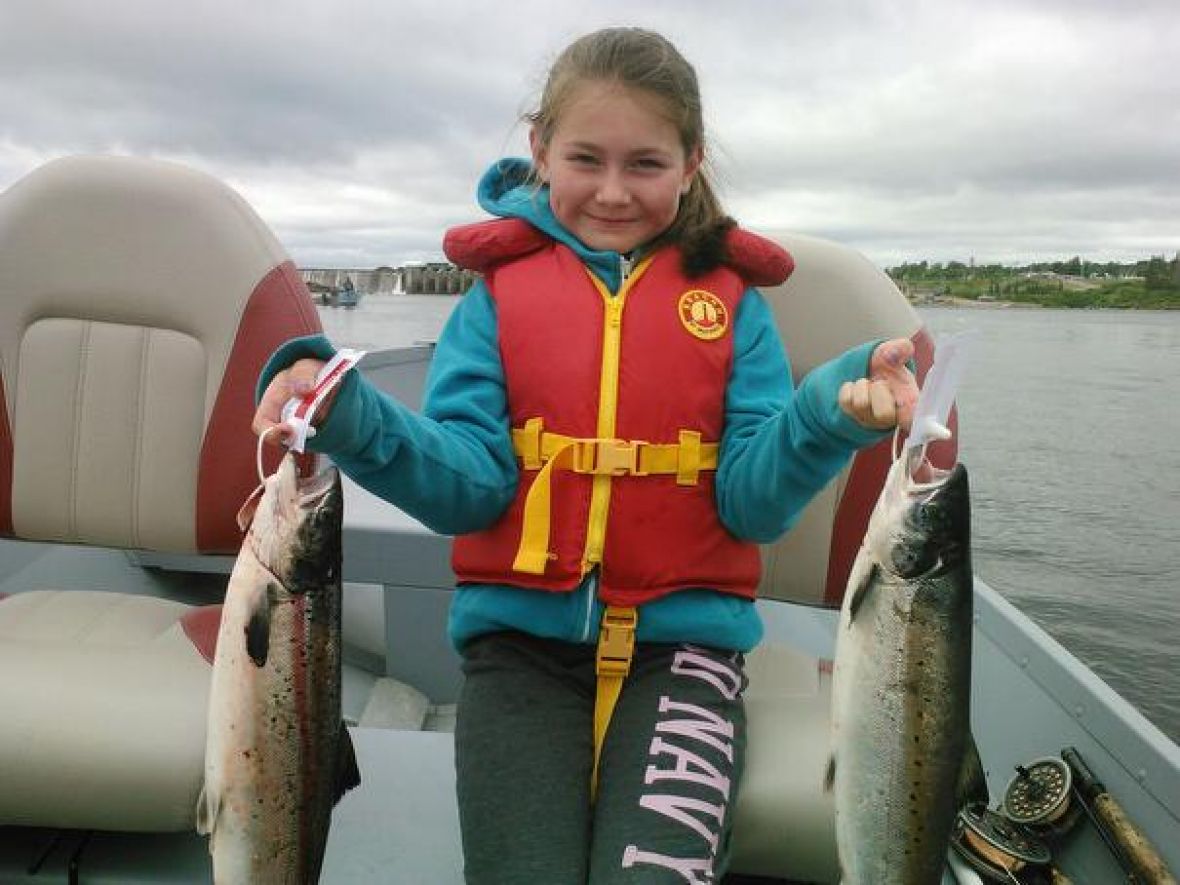 Atlantic salmon were visible on all days jumping on most sections of the river. 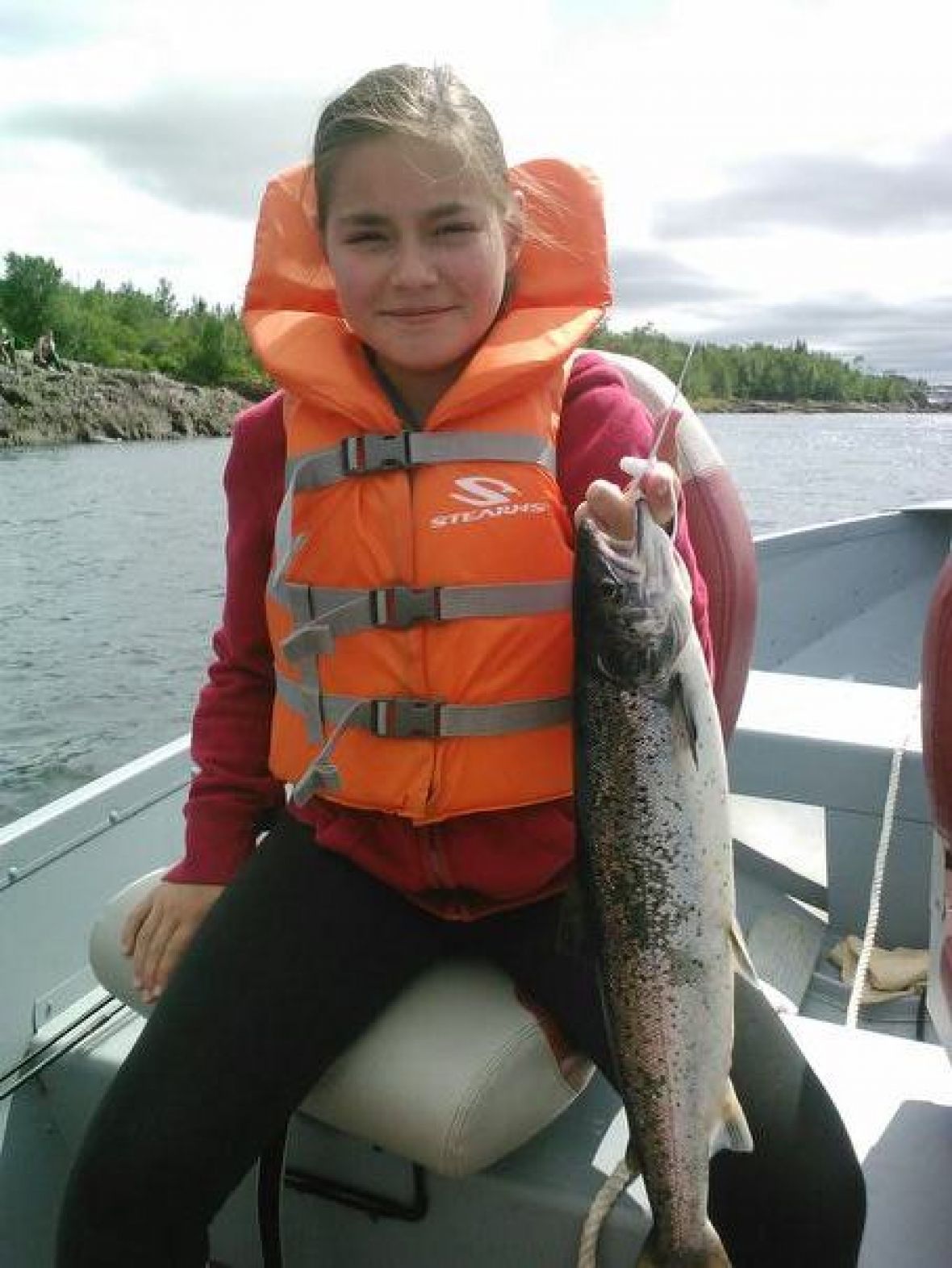 We also observed many other experienced fishermen hooking and landing fish along with several first timers who were equally as fortunate.  The young boy in the front of this boat was overjoyed when his father finally netted his first ever Atlantic salmon. 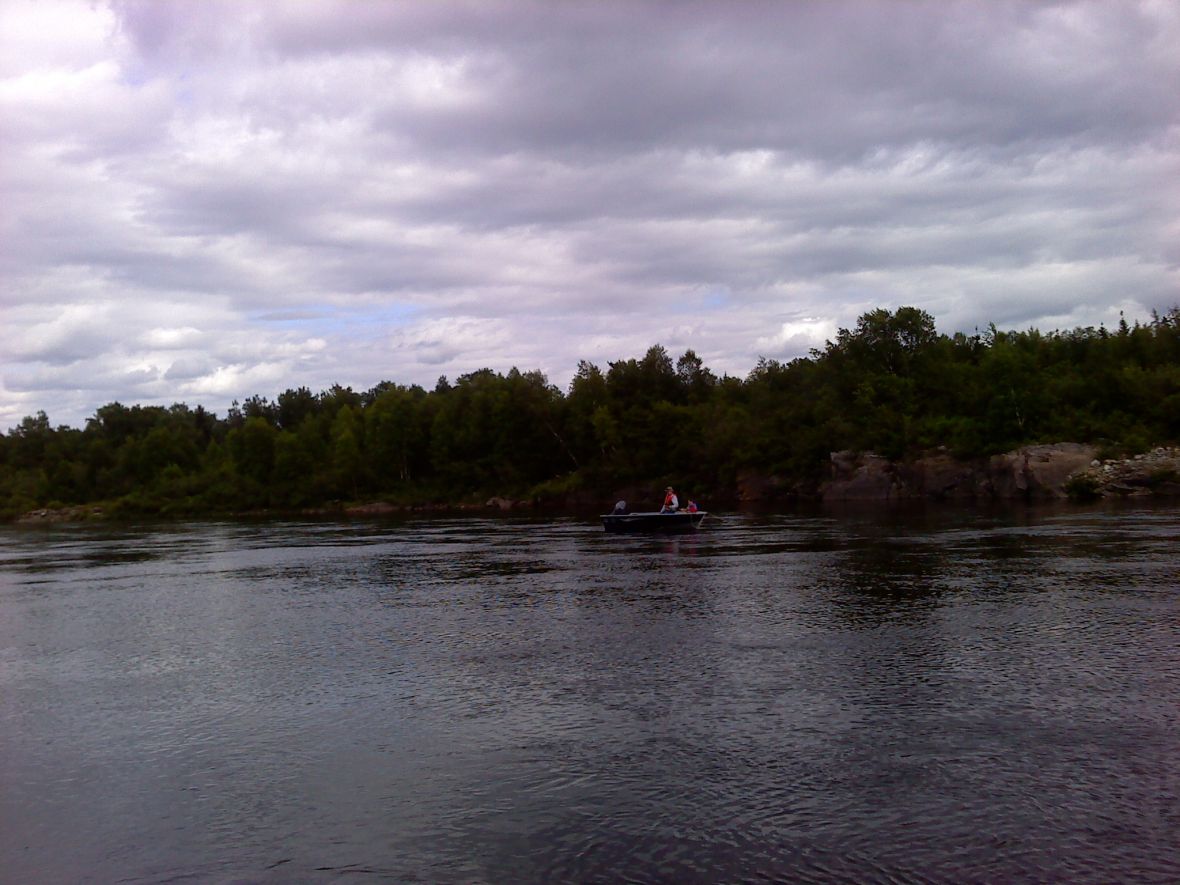 As mentioned earlier, a view of the powerhouse on the Exploit's River at Bishop's Falls, shows all of the gates used to retain or release water are closed and only a little water going over the dam resulting in dropping water levels. 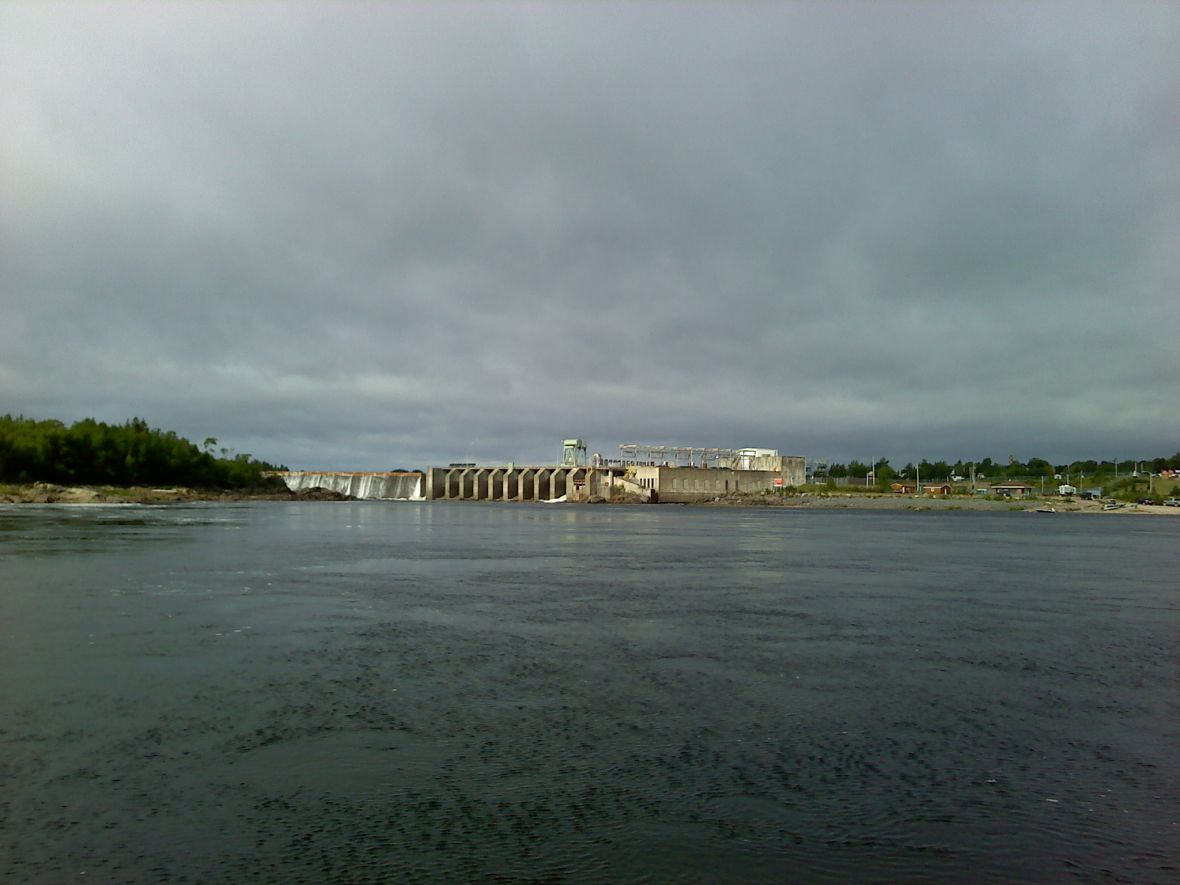 My daughter Abigail and I fished for about three hours in the morning of July 29th and both of us landed one Atlantic salmon grilse each. I hooked two others but we lost them at the last minute while trying to dip them. We each "rose" several other fish, but try as we might, we could not coax them into taking our flies!! In my opinion it was as good as any day I have had fishing this season. A small shower of rain was falling when we first got on the river but it ended shortly therafter and the weather turned favorable. 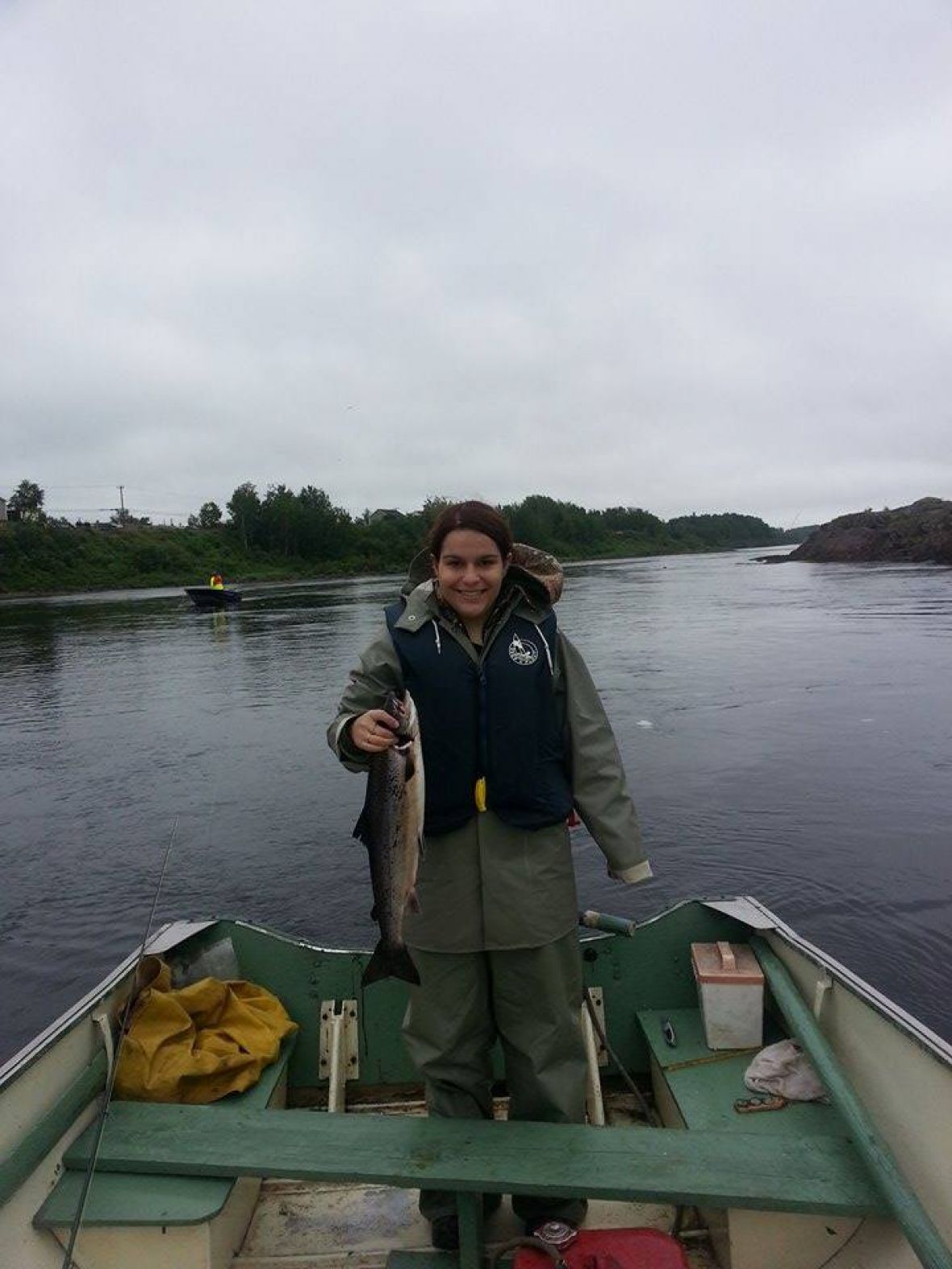 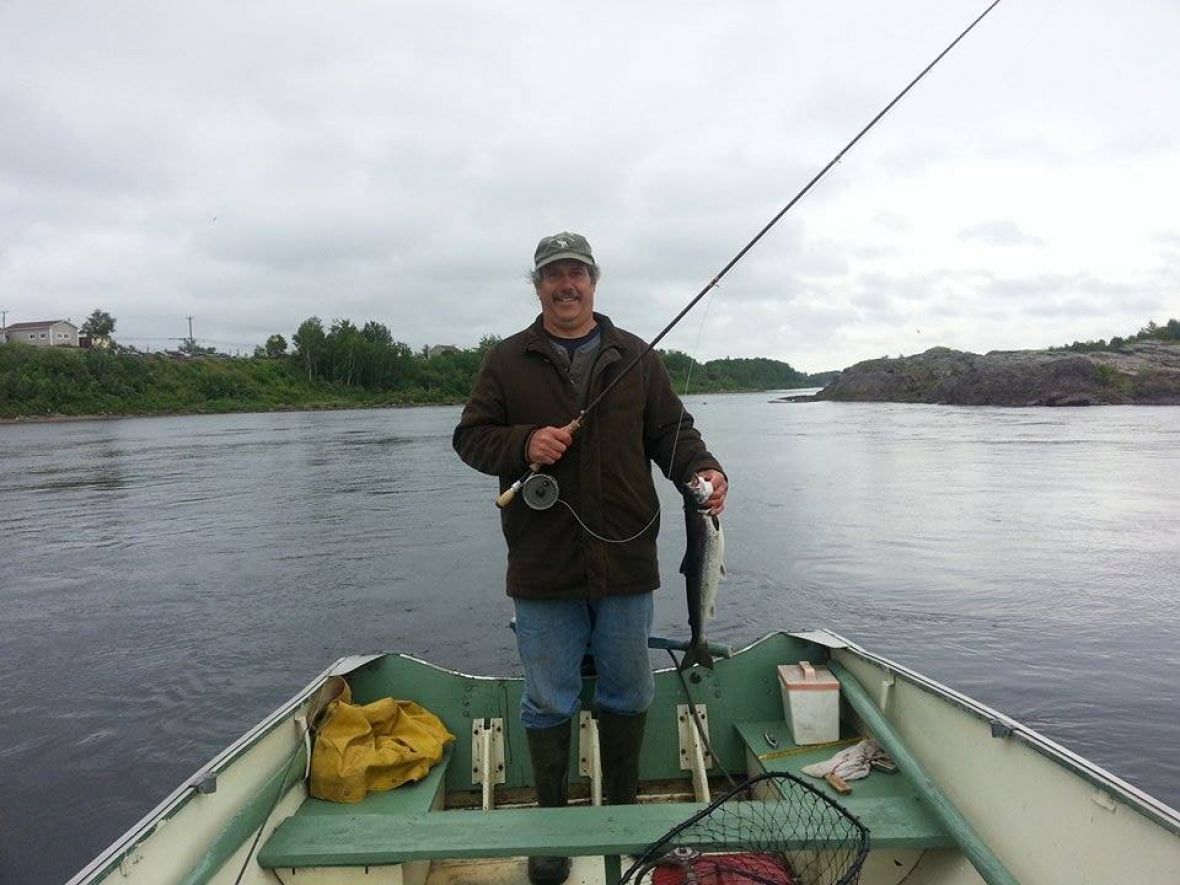